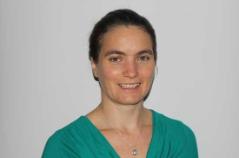 Dr Rosemary Monahan a lecturer in the Department of Computer Science at NUIM since 1999. She holds BSc and MSc degrees from UCD and her PhD is from DCU. Rosemary is director Erasmus Mundus MSc in Dependable Software Systems (DESEM) (2012-18). Rosemary is a member of the senate of the National University of Ireland (2007-2017) as well as numerous committees within NUIM. She is a founding member of the Principles of Programming research group which specialises in the static and dynamic analysis of object-oriented programs and programming languages. Her research is focused on the verification of object-oriented programs and the use of automatic verification tools such as the Spec# Programming System and ESC/Java2. “Arís: Analogical Reasoning for reuse of Implementation & Specification” is a recent project concerning applying models of analogical reasoning to the domain of reliable software development and re-use.